Checking in with our epA 2019 winners – a blog series: SABAQ

In this 11-part blog series, we will be checking in with our empowering people. Award (epA) 2019 winners to see what they’ve been up to since our most recent award ceremony in Cairo last July. Check out what’s new with SABAQ!

Below is an interview with Hassan Bin Rizwan, CEO and Co-founder of SABAQ.

Siemens Stiftung: Firstly, can you explain to your fellow empowering people. Network (epN) members and readers what you do, where you do it, and, most importantly, why?

Hassan: The day I read the book, One World School House, and decided to build a venture in education, I began a journey that would change my entire world view. I had always heard statistics about how bad the state of education in Pakistan was, but numbers do not tell the story. You read them, and you forget. What you do not forget, however, are experiences. Like my first experience of visiting a low-cost Pakistani classroom, with students on shabby desks, looking like they would rather be dead than be forced to learn.

I am the CEO and Co-Founder of SABAQ, a social enterprise on a mission to help all Pakistani kids succeed in the primary grades.  We aim to leverage technology to make innovations in education accessible to all children, sustainably improving learning in low-resource environments. We achieve this through high quality, curriculum-aligned and engaging digital lessons that improve student engagement and knowledge retention. 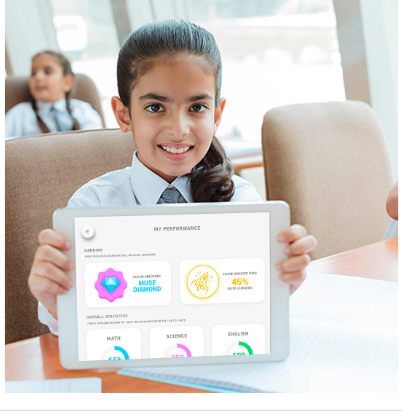 A student learning with ease using the Muse app, which is transforming classrooms across Pakistan.

The Pakistani education system suffers from critical gaps in quality and accessibility, with the second-highest number of out of school children in the world. Even when children are enrolled in school, they fail to learn at grade level due to poor teaching and substandard educational content. In this context, tech can serve as a powerful tool for increasing access to education and improving learning.

To date, SABAQ has reached 200,000 students in 2,000 schools and non-formal learning centers across Pakistan.

In 95% of the classrooms where Muse is being used, it is the first tech-based resource that the schools have adopted. In a way, Muse is transforming the classrooms across Pakistan.  Our pricing model reflects our commitment to provide Muse access to the most impoverished communities.  Currently, we are supporting over 90 Community Schools by offering Muse free of charge. For other non-profit schools, we continue to offer subsidized rates so software cost is never a roadblock in Muse’s integration in schools.

Our vision is to build Muse into a personalized learning platform so children in and out of school, with and without great teachers, can learn math, science and languages, and complete primary level education, achieving mastery.  Hence, students in low-cost schools can use Muse to reach grade-level learning and children who have dropped out can restart their education. As smartphone penetration improves, children will have access to Muse in low-income households, reaching to millions over the next few years. 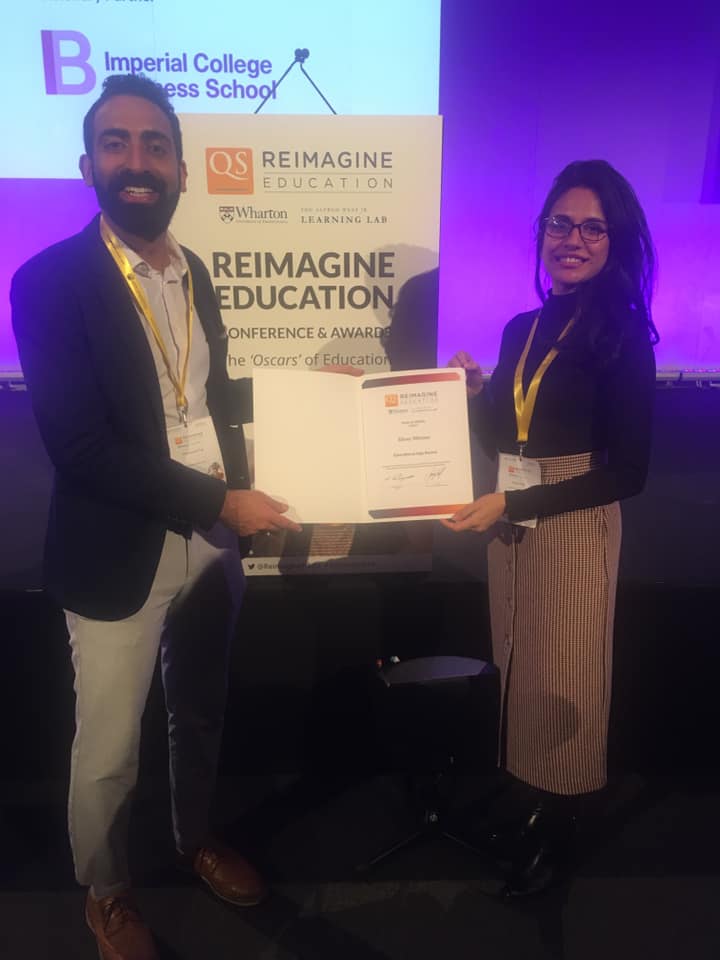 The Muse app won the Silver Prize in the Best educational app category at the Reimagine Education Awards in London.

Siemens Stiftung: More than half a year ago, you were a winner of the empowering people. Award2019. What has/have been the major change(s) for your company and team since then? For you as an entrepreneur?

Hassan: 2019 has been an exciting year for SABAQ, a sign of the bright future that lies ahead for us. Notable changes include constantly working on developing our product to provide a better experience for customers, entering into local partnerships, and receiving national and international awards.

In January 2020, we launched a direct-to-user application on the Android Play Store that will allow children to access the learning content at home directly, on their tablets and phones.

We have significantly increased our reach, expanding to 350 non-profit schools, 389 semi-private schools and 30 + private schools.

We have also entered into partnerships with two of the most prestigious private universities in Pakistan for research and development and content production.

In February 2020, SABAQ won the GESS Award for the best educational app. The GESS is a prestigious international platform and one of the largest educational conferences in the MENA region.

SABAQ was the first Pakistani organization to receive a GESS Award. Muse also won the Silver Prize in the Best educational app category at the Reimagine Education Awards in London. The Reimagine Award is considered the Oscars of Education. We also represented Pakistan at the Education Above All Village at the WISE Summit 2019 in Doha, the OIC’S Young Business Hub in Bahrain, and the World Business Angels Forum in Turkey.

As an entrepreneur, this journey has been challenging but extremely rewarding. The curve balls thrown at you befuddle you at first, but then force you to learn.  The power of hindsight is the most valuable tool at an entrepreneur’s disposal and as an entrepreneur, I learned how important it is to experiment and make mistakes.

Siemens Stiftung: What has been your biggest success, personally or professionally, since then?

Hassan: Since winning the epAward, I have achieved many professional and personal milestones.

Personally, I have learned a lot about the changing landscape of education in Pakistan and how we can modify our product to better suit the needs of KG-5 children. I have also started to explore regional markets to better understand how we can make Muse regionally relevant so we can launch it outside of Pakistan.

Professionally, SABAQ had the honor of being featured at the Education Above All (EAA) Innovation Pitch at the WISE Summit. 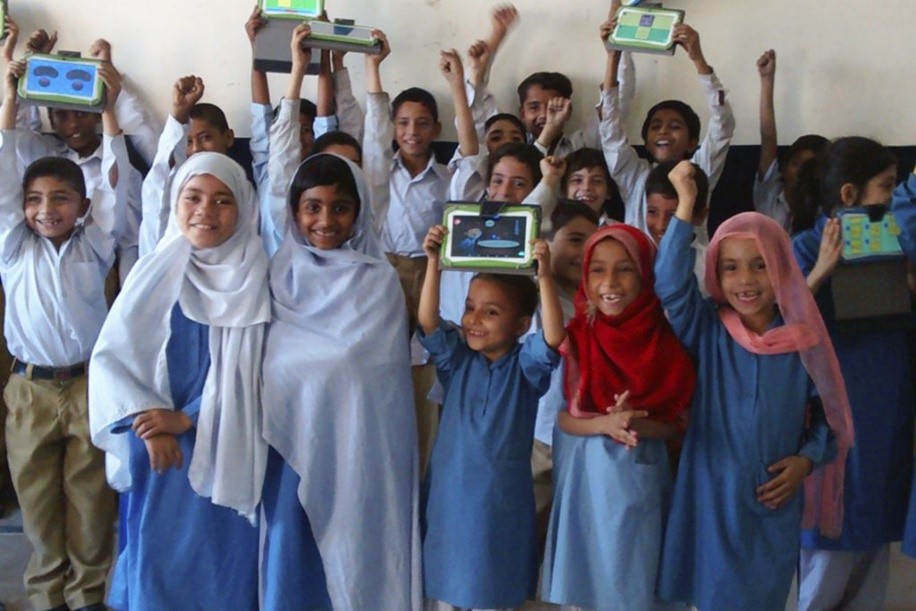 The WISE Summit is one of the biggest regional summits on education. On the basis of this successful pitch, we are exploring a potential project with the EAA and WISE team for a pilot to impart basic literacy and numeracy to Qatar’s out-of-school kids.

The Reimagine and GESS awards were also big achievements for us personally, as they established SABAQ’s standing in a global context. Most notably, SABAQ became the first Pakistani enterprise to receive a GESS Award.

With our successful launch on the Android Play Store, we also launched the Muse app for a new user segment – direct to user. We are now exploring a corporate sponsorship model where organizations could provide the Muse app for their employees’ kids. 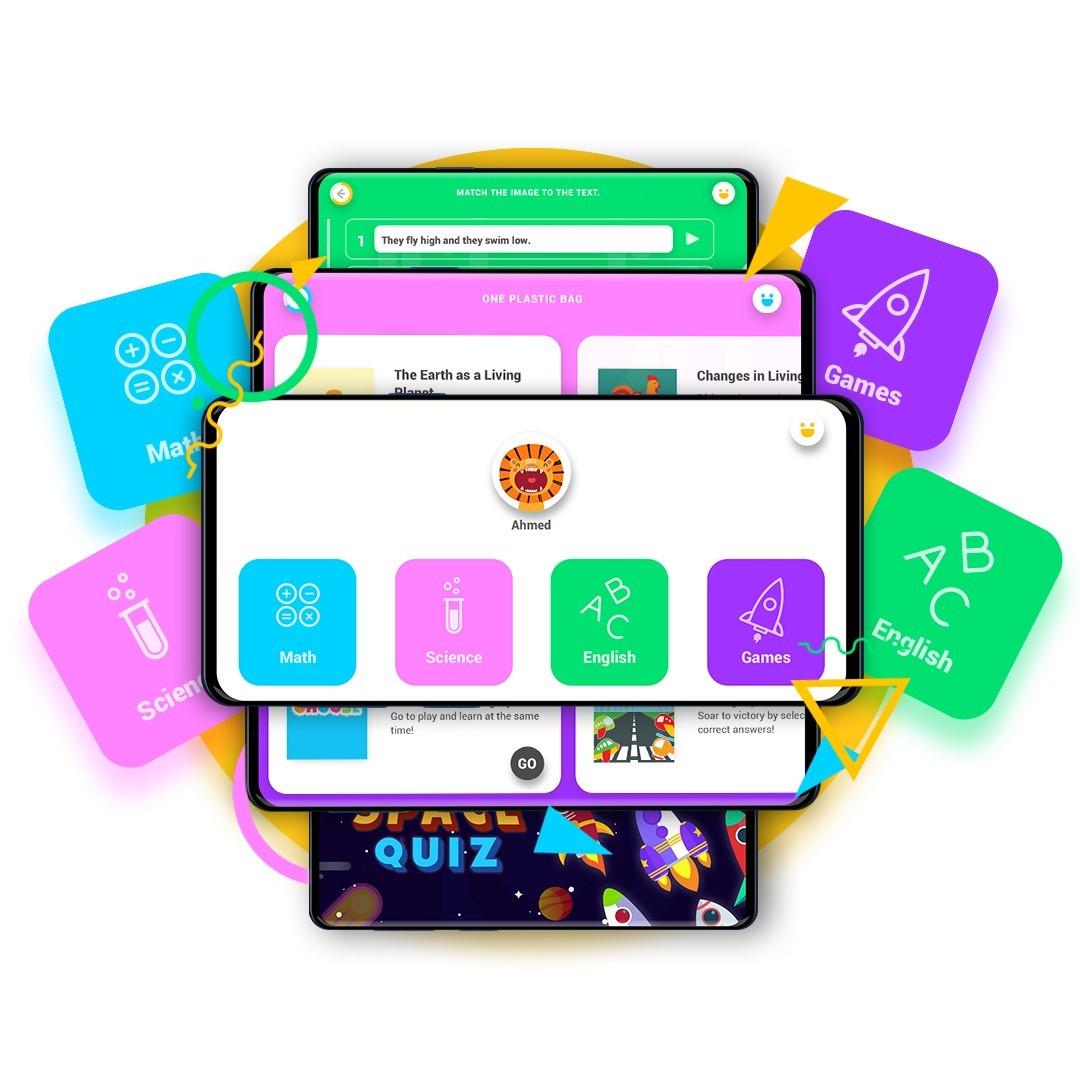 Siemens Stiftung: What are you working on now? And what are your future plans?

Hassan: At SABAQ, we believe in constant innovation and research. Therefore, we are always working on improving our user experience to meet customer needs. In line with this, working on creating new forms of educational content based on research and user testing including games and new videos. Our future plans are:

Siemens Stiftung: With your membership, in what way(s) do you hope to benefit from epN? And if applicable, how have you already gained from your connection to the ecosystem?

Hassan: The empowering people. Network is one of the most prestigious communities of social entrepreneurs and SABAQ is deeply honored to be part of it. With membership to epN, we hope to utilize the wide variety of opportunities available at our disposal. epN, gives us a chance to collaborate with, and learn from the experiences of other innovators to constantly find novel solutions to pressing social problems. We also hope to benefit from the workshops that network regularly holds for entrepreneurs. 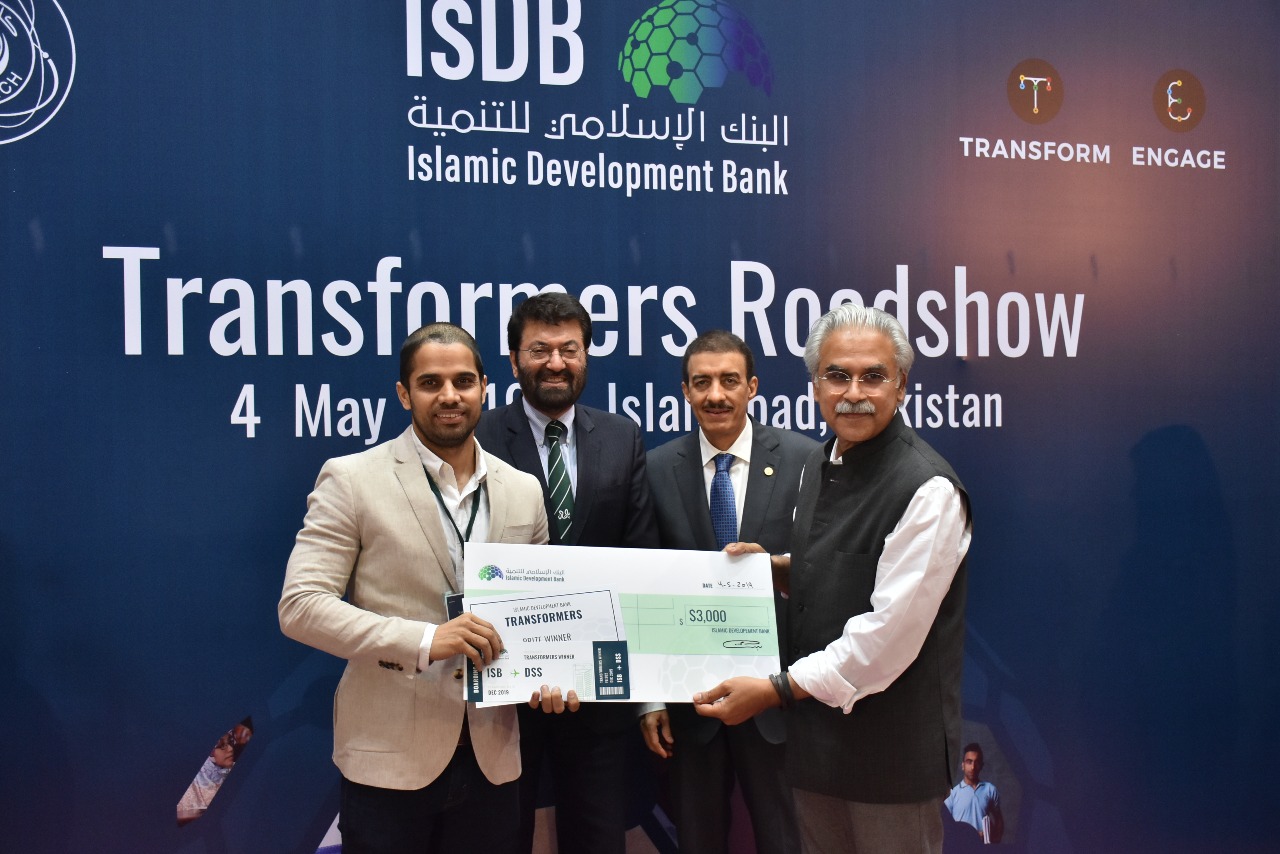 Beyond being honored with many industry awards lately, the team at SABAQ is honored to be apart of the epN ecosystem.

Since our membership in epN, we have benefited a great deal from the community’s prestige and resources. The publicity and coverage that we have received as a part of the network have been a major catalyst in spreading our message across.

In the coming years, we hope we can collaborate, learn from and teach other epN members, in a quest to create a better world for all of us.

Siemens Stiftung: A big thank you, Hassan and team, for sharing what’s new and exciting at SABAQ. We look forward to fruitful collaborations with you all in the coming years.

This September empowering people. Update brings great news from our epN members: Thanks to a recent award win, TakaTaka Solutions will now be able to do even more good across Kenya. SOLshare has also been nominated for a prestigious global…
September 27, 2021
(B)energy, Nilus, SABAQ
Article

Checking in with our epA 2019 winners – a blog series: Livox

Checking in with our epA 2019 winners – a blog series: BLUETOWN