In this 11-part blog series, we will be checking in with our empowering people. Award (epA) 2019 winners to see what they’ve been up to since our most recent award ceremony in Cairo last July. Check out what’s new with SOLshare!

Below is an interview with Sebastian Groh, Managing Director of SOLshare.

Siemens Stiftung: Firstly, can you explain to your fellow empowering people. Network (epNetwork) members and readers what you do, where you do it, and, most importantly, why?

Sebastian: You can see us as the AirBnB for solar home systems. People who have a solar home system (SHS), sometimes need more power and sometimes less. We empower them to be able to dynamically trade electricity. We not only provide a platform for this trading but also take care of an automatic settlement process through mobile money.

A pharmacist using SOLshare at his pharmacy.

In more technical terms, it is referred to as a peer-to-peer (P2P) solar energy exchange platform. So far, we have a footprint mostly in Bangladesh, and have just started in India. We do that because, through our research as PhD students, we found that by design a typical solar home system has an excess capacity of about 30%, when the sun is shining and the battery is full. In Bangladesh alone, the world-record holder in the dissemination of SHS (6 million!), this excess capacity amounts to about US$ 1 billion worth of energy that, to date, goes completely unused. Since this value is lying idle in the remote areas of Bangladesh, at SOLshare we decided to empower the local communities to be able to tap into this vast potential.

A SOLshare employee helps set up a new P2P system for locals in the community.

Siemens Stiftung: More than half a year ago, you were a winner of the empowering people. Award 2019. What has/have been the major change(s) for your company and team since then? For you as an entrepreneur?

Sebastian: Since winning the empowering people. Award, SOLshare has grown as an organization and its impact. We have installed 10 more solar P2P platforms across Bangladesh. We completed a Technology Proof of Concept pilot merging our technology with our partner in India to install two pilot SOLgrids. Our team has grown in size including the addition of a quality assurance team helping us to bring our customers the best quality products possible.

We are also in the process of restructuring our data architecture to improve the quality of data we receive in our back-end to allow us to run our first experiments on dynamic pricing models. Also, our status, especially in certain sectors back in Germany, was upgraded in a way. We started to receive emails from the wider epNetwork community offering their help given that they read about us, could identify with what we are doing, and were ready to bring in their expertise.

Siemens Stiftung: What has been your biggest success, personally or professionally, since then?

Sebastian: Honestly, I think the fact that we got covered by an international documentary – 2040: The Regeneration – which was being shown in cinema halls around the globe was a huge confirmation of our hard work but also allowed the whole world a peek into the future and the key role the SOLshare model might play there. 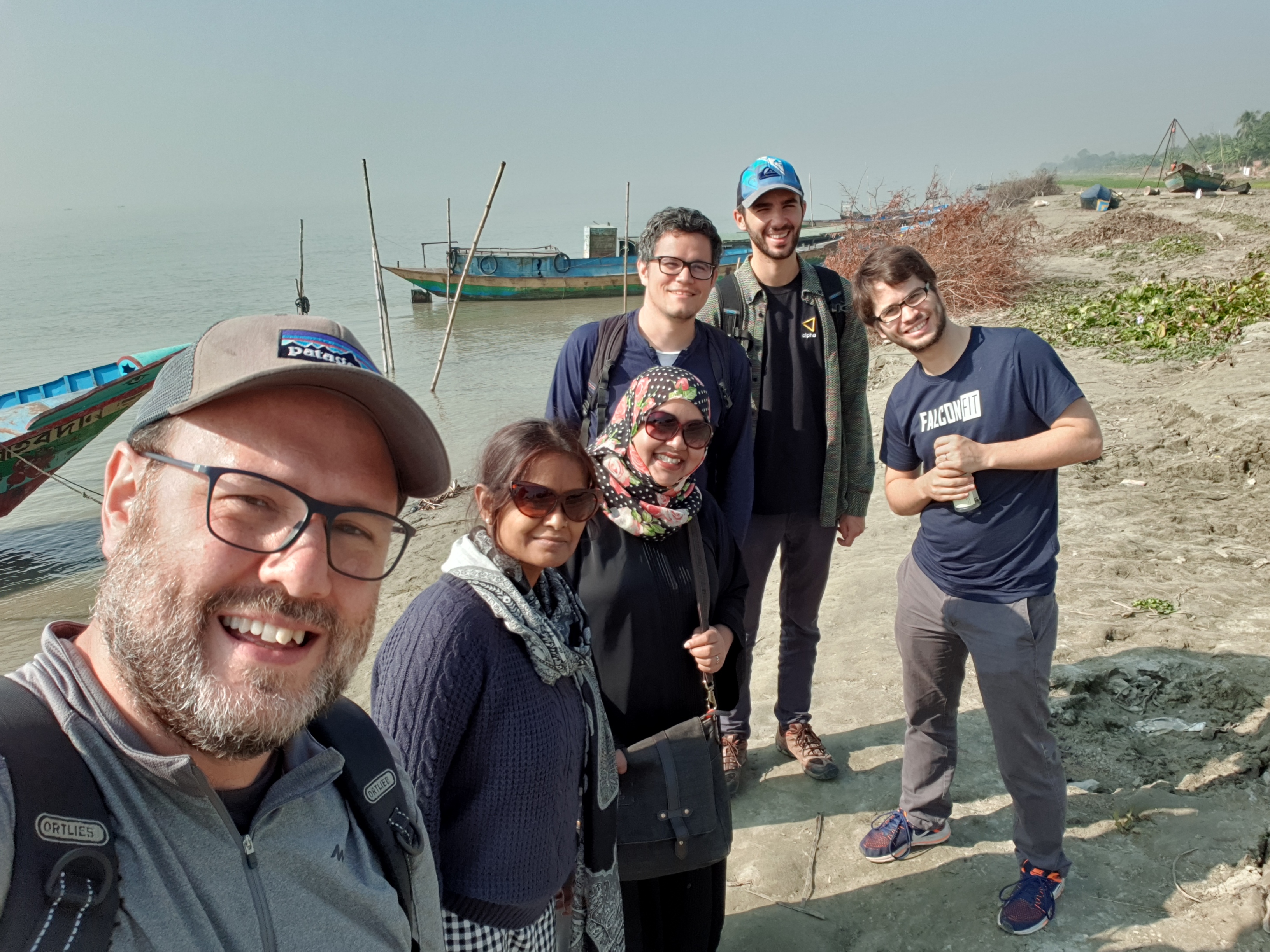 Sebastian and some of the SOLshare team making their way out to local communities. 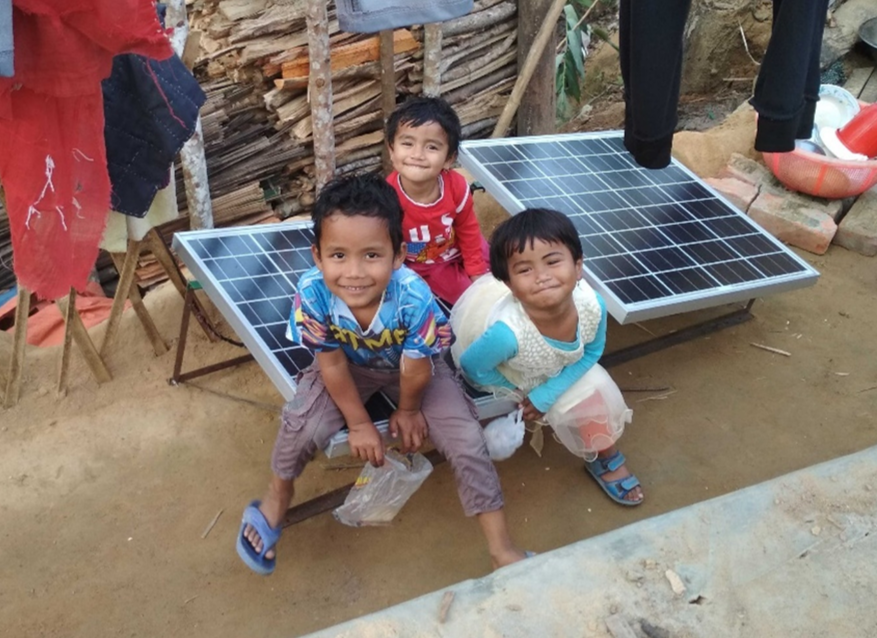 Local children playing in front of a couple of their community’s solar panels.

Siemens Stiftung: What are you working on now? And what are your future plans?

Sebastian: Some of the things we are working on right now and will continue working on:

The national grid in Bangladesh is challenged by up to 2 million electric vehicles (EV – electric bikes & electric rickshaws) operating in rural areas of the country with a required daily capacity of 1,500MW but without any formal way of charging. This has resulted in increased stress on the national grid through, in-part illegal, and hazardous charging practices.

To remedy this issue, SOLshare (with the support of GIZ’s EnDev Program) is working towards developing rural-based rickshaw charging points in largely off-grid areas, where there is a need for more affordable, safe and convenient way to charge their vehicles. The double win here will be that if a Tesla charges through our SOLgrids, while having their lunch or afternoon tea at a time when most of the batteries are full, everybody wins. The EV driver gets an additional charge which enables him now to drive to areas where he usually couldn’t go. The SHS owners receive money in return which means a fresh inflow of money into the community.

Set to release in 2020, SOLbox NG will have several improvements in terms of function, usability, and longevity. SOLbox NG will have significant improvement in the use of higher power appliances, allowing customers to buy an array of appliances with different specifications to use. The newer box will have a game-changing dynamic pricing system and flexible scheduling to offer users various bonuses and discounts to incentivize electricity buying and selling in bulk.

SOLbox NG will be a lot more reliable and robust as it has greater durability and lesser power distribution loss which essentially means more power distribution. The newer version will have a jump in voltage which means it can travel at a further distance between households and run more productive appliances. Consumers and prosumers will be able to buy from the grid and sell excess energy back into the grid into a more seamless way. The machine will also be artificially intelligent, which means it will not require user interaction from the owners. It will also be integrated with Amazon Web Services (AWS). This will mean that SOLshare will not be bound by the limitation of the network. This cloud integration allows us to solve any bug fixes and update the software over the cloud.

Since late 2019, SOLshare has started to seriously look at leveraging its grids to feed into the national grid; a 100% renewable energy supply – at the right time (as all grids are with storage) and at the right location, namely at the edge of the grid, its weakest point – can provide major benefits. This can support the Government of Bangladesh’s (GoB) binding commitment to achieve Paris Climate Agreement targets, e.g. the Nationally Determined Contribution (NDC), which is a binding contract requiring the GoB to make good on their promise to achieve 1,000MW of Solar PV generation by 2030. This would equal a 4x increase to our current Solar PV capacity and a 12x increase to on-grid Solar PV capacity. In our proposal, put forward to the authorities as well as a few donor agencies, will be yet another first in the world where neighbors not only start swapping solar electricity house-to-house and shop-to-shop (turning them from passive consumers to pro-active prosumers), but also where the public electricity grid acts as a third agent in a mutual beneficial smart grid set-up. Again, this presents a double win given that the 6 million solar home systems connected to SOLshare not only have 300MW generation capacity but also 2400 MWh of storage. Also, we are able to set up a fully-controllable virtual power plant that can feed into the grid through a community power purchasing agreement (CPPA) at the right time and at the right place. The latter aspect is given since these solar homes are all in fairly remote areas, so at the edge of the grid where low voltage problems often occur. If SHS owners receive a CPPA that is multiple times higher than the grid tariff, they can become net off-takers and, at the same time, net-earners. This makes this a pro-poor and pro-RE policy.

I think we all agree that the world would become a more prosperous, healthier, and definitely more equitable place if everyone had reliable and affordable access to electricity. It is also important that we find a way to realize that by not further harming our planet. We are convinced that during our research on SHSs in Bangladesh, we stumbled over a truly innovative solution that could facilitate just that. The fact that progress has been harder to achieve than we hoped is no reason to give up, though. Just the opposite. And if you look at what we claimed to have done, and promised we will do, we are still bound by just that and on a good track to make good on it. 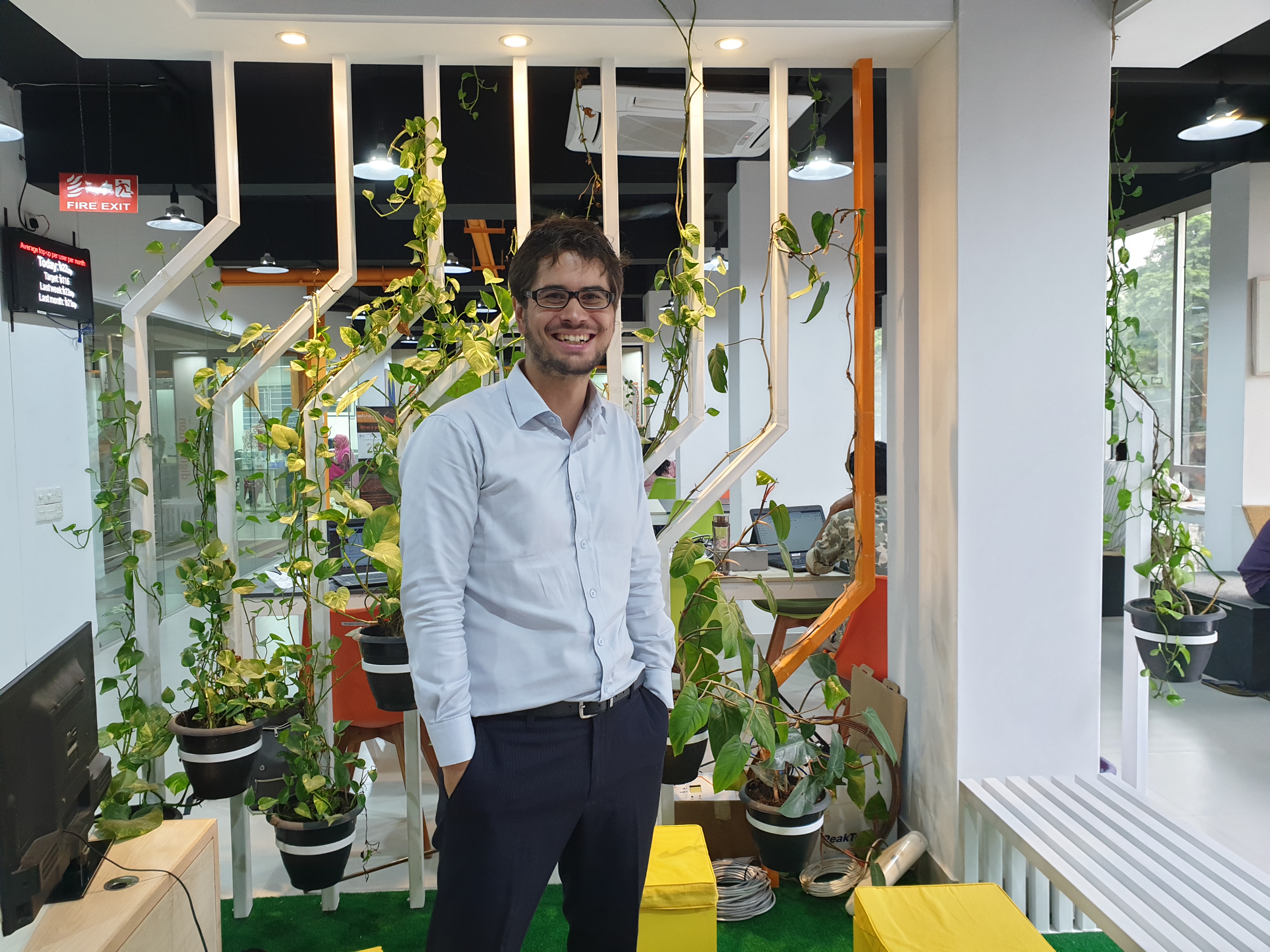 Siemens Stiftung: Thank you, Sebastian and team, for sharing all of this incredible work that SOLshare is doing. We look forward to seeing your future work come to life and good luck with your work in supporting the local grid!

In our May empowering people. Update, we feature our latest blog post explaining why menstrual education needs to be highlighted as an essential systemic element. We also talk about many good partnerships within our epNetwork, a visit of the Siemens…
June 15, 2022
aQysta, Equalize Health, MakaPads
Article

In our January empowering people. Update, we want to start the new year together with fresh motivation and confidence. Our epN members set a good example and impress with great news and projects. In our latest blog post, we talk…
January 31, 2022
AIDFI, HELIOZ, Red Dot Foundation
Discover all